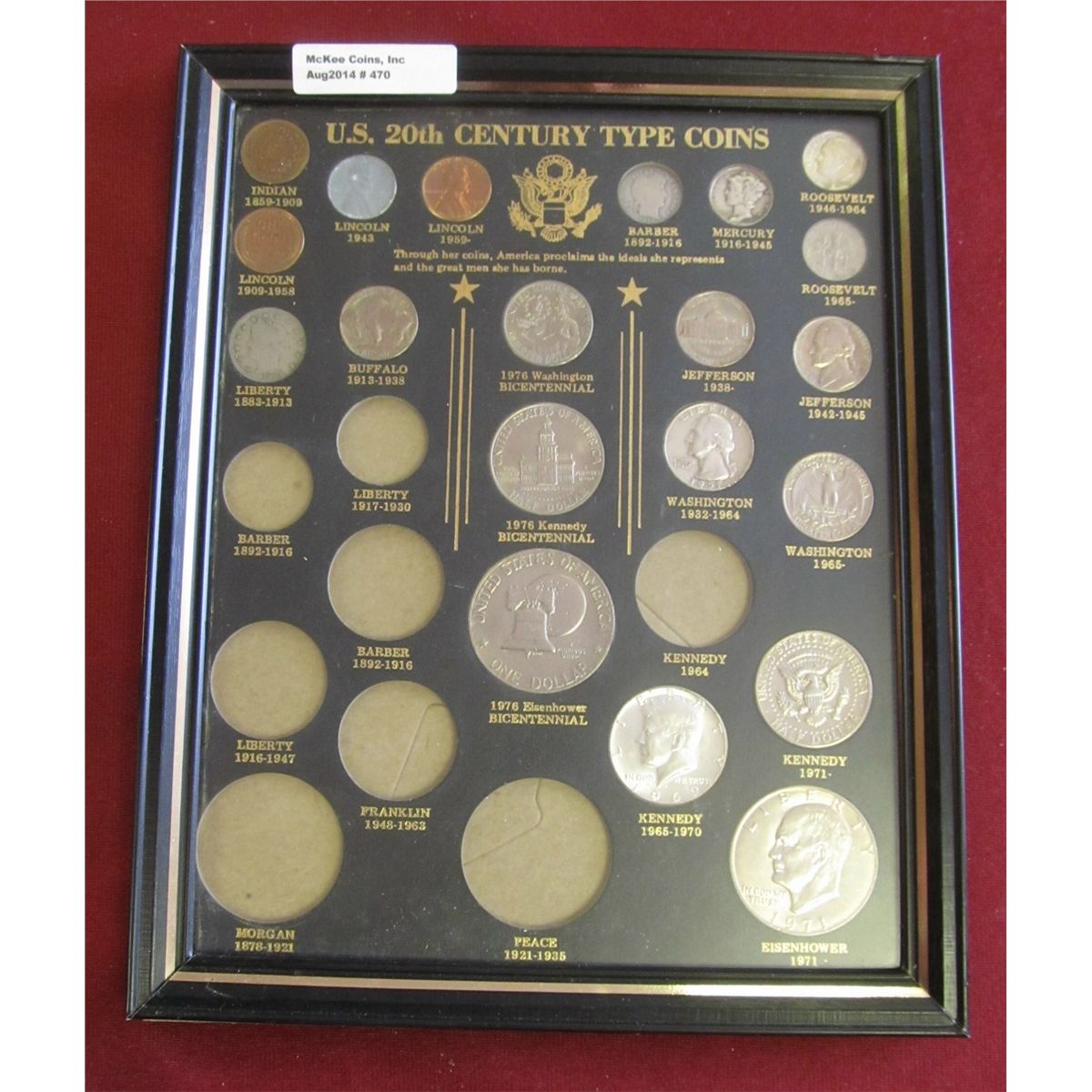 The coins were struck in a higher relief than in following years. Franklin D. Miss Liberty, wrapped in he American flag and holding a large olive branch of peace, strides towards the sun rising over war-torn Europe. The first regular issue coin to feature an actual person rather than a personification of the goddess Liberty. The reverse depicts the Seal of the President of the United States, and has 13 stars above the eagle and another SO stars around it.